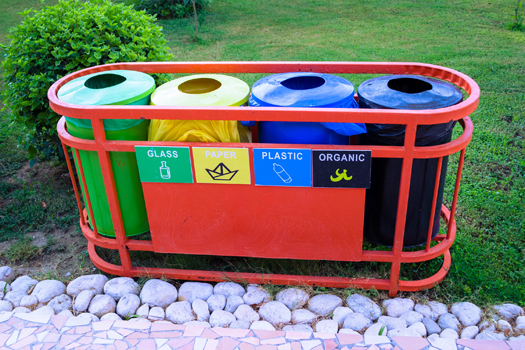 Every year, visitors to U.S. national parks generate more than 100 million pounds of waste — enough to fill the Statue of Liberty 1,800 times, according to the National Parks Conservation Association. What makes up this tremendous waste stream? More importantly, are there ways to divert more of it from unsustainable, methane-emitting landfills and into carbon-zero systems?

The NPCA recently partnered with a corporate sponsor to develop answers to some of these questions. The NPCA and Subaru America conducted a waste-characterization study at three pilot locations managed by the National Park Service: Alaska’s Denali, Wyoming’s Grand Teton, and Yosemite National Park in California.

Waste-characterization studies are a great first step for anyone hoping to improve a waste stream’s diversion rate. They give administrators a snapshot of the waste stream’s contents, allowing them to make plans and partnerships with recyclers, composters, and waste-to-energy providers in local markets.

So what did the NPCA study find out about National Park waste? At the three pilot locations, the breakdown was as follows:

Once they understood what they were sending to the landfill, NPS proposed steps to route more of that waste to renewable disposal options. Some of the changes involved new composting infrastructure, while others simply required a change of signage. Here are a few of the changes the NPS made based on data from the waste-characterization study:

So what does all of the NPS’ work mean for other park administrators, at municipal or state levels? Any institution can mirror the NPS’ success at reducing landfill waste. The important lesson is to start with a waste-characterization study to determine what’s in the waste fill in the first place.

However, diversifying waste streams increases the burden on park staff. Maintain — and even improve — efficiency in waste-handling with Bins, Bin Dumpers, and Power Pushers from Solus Group. Call 314-696-0200 to learn more.