China's import ban is rewriting the rules of the global post-consumer-plastics market. Most of us in the recycling community are still trying to figure out how to react. Until recently, however, projections based on hard data were difficult to come by.

In June 2018, authors Amy Brooks, Shunli Wang, and Jenna Jambeck of the University of Georgia's New Materials Institute published the first major analysis of the Chinese import ban's potential fallout in the journal Science Advances. The study paints a grim picture, but it also contains some reasons for optimism. Here are the top 3 lessons we learned from a deep dive into the data: 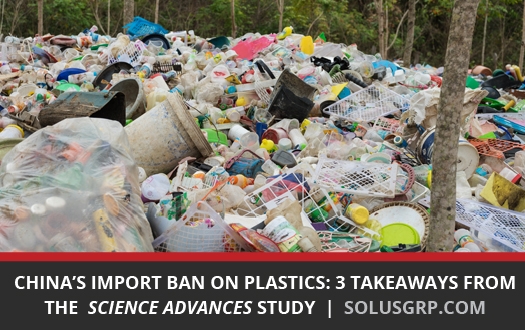 The trouble is, new end markets will be too late for the bales of plastic that are being stockpiled as we speak. The Science Advances study only adds to the urgent necessity of addressing these challenges. The solutions are up to us.