An Ergonomic Improvement for Sanitation Workers

Among NYCOSH's most disturbing findings: The risk of losing one's life on the job is 10 times higher for sanitation workers than for their peers in any other industry. Similarly, the risk of injury is 2.5 times higher than that of miners, a traditionally injury-prone profession.

The trouble, NYCOSH suggests, is that some of the city's private waste companies ignore OSHA, NIOSH, and ANSI standards. But given that musculoskeletal disorders are the most common occupational injuries in the U.S. waste industry, it seems likely that there's a problem that lands outside of simple OSHA violations — and outside of New York, too. Sanitation workers all over the country desperately need ergonomic upgrades. 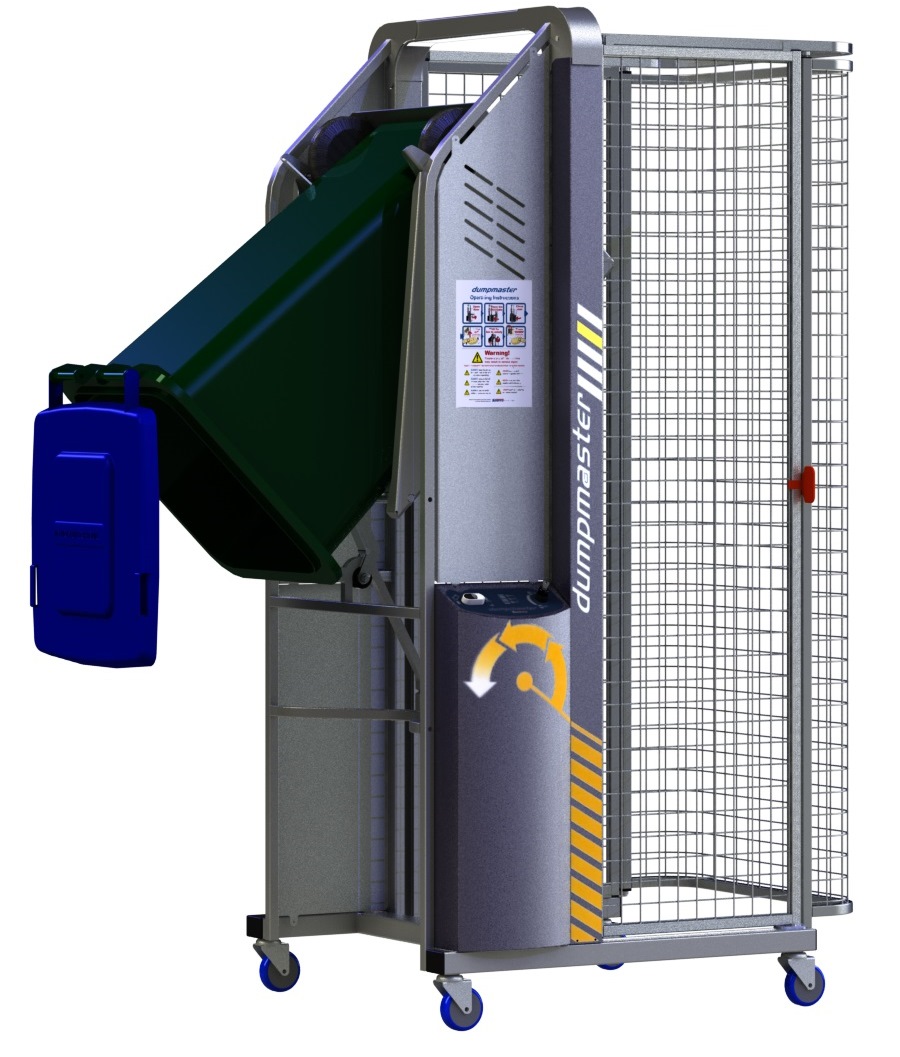 Eliminating the Most Ergonomically Risky Movements on the Job

A 2015 study in the Journal of Occupational Medicine and Toxicology found that more than 67 percent of its participants, all sanitation workers, suffered significant back pain. "The association between back complaints and any limitation in quality of life was still statistically significant after adjusting for age, BMI, and current smoking status with logistic regression," wrote Garrido, Bittner, Harth, and Preisser, the study's authors.

In other words, a bad back can ruin your life.

There's no question that tossing bags of trash into dumpsters, hoppers, and trucks can place a strain on the spinal cord. In order to prevent lower back pain, sanitation workers need a machine to take over the lifting, twisting, and bending motions they use to get garbage from one place to another.

Luckily, such machines exist. They're called Bin Tippers, and are available now through Solus Group. These specialized pieces of material handling equipment were designed for standard trash cans, although their cradles can be customized to fit virtually any container. They lift bins from ground level, and, at the top of their ascent, they tip the can 45 degrees or more. When they’re finished emptying the garbage, they effortlessly return the can to its starting point.

A unique lift-and-tip travel mechanism keeps loads centered over the frame, so there's no shift in the center of gravity. Essentially, Bin Tippers take the most ergonomically dangerous job off of the backs of workers, preventing devastating musculoskeletal injuries.

There are three models of Bin Tippers available. The Ezi-MT is certified for loads of around 140 pounds (65 kg). Multi-Tip Bin Tippers can handle up to 330 pounds (150 kg). And for scrap yards, recycling operations, and other high-weight applications, Dumpmaster Bin Tippers lift and empty more than 660 pounds (300 kg).

If you need to handle even heavier loads, a custom MegaDumper can be built to your specifications. Contact Solus Group for more information about this ultimate Bin Tipper.

Time Magazine listed "refuse and recyclable material collectors" as the fifth-most dangerous job in the United States in 2014. When we remove ergonomic hazards, sanitation workers will start to slip in that ranking. It'd be nice to see them removed from that list entirely, as soon as possible, and Bin Tippers take us much closer to that goal.